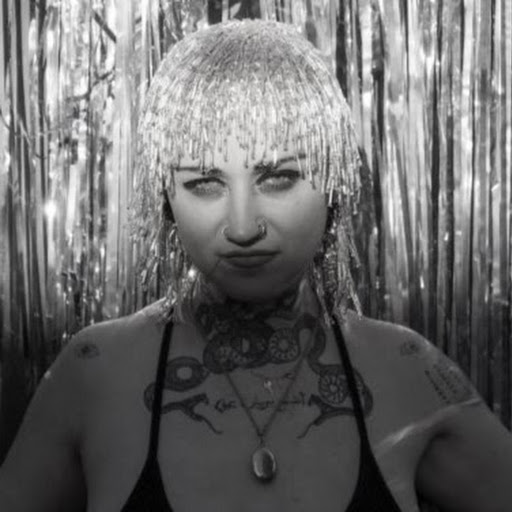 Album: "Choose your Weapon" I don't own the rights to the music. They belong to the artist. Great Musicians From Australia http://hiatuskaiyote.com About: HIATUS KAIYOTE IS THE SOUND OF SERENDIPITY. Every so often a band comes along that captures the collective imagination, a band that has all the essential elements in place to become a musical movement. The music of Hiatus Kaiyote strikes the perfect note merging poetry and polyrhythms. On the band's debut album Tawk Tomahawk it's as if the vast desert landscape has opened up, borrowing ingredients from far-reaching lands to concoct a distinctive flavor that is the essence of all its parts. Each song whispers of delicious, ancient stories untold. The four band members suggest that it was fate that brought them together through a series of coincidences in their native Melbourne, Australia. Singer songwriter Nai Palm was the gravitational force that crystallized the vision for Hiatus Kaiyote's brand of future soul. "I always knew I wanted to be in a band, but I never knew it could be my own conversation," she says. Her performance with a pink nylon-stringed guitar at a small Melbourne club inspired bass player Paul Bender to seek her out. One year later, the two began to collaborate on compositions that felt intuitive. Bender brought multi-instrumentalists Perrin Moss and keyboardist Simon Mavin into the equation and the electric, organic nature of Hiatus Kaiyote was set in motion. By chance, two of the four musicians shared a flat and the others lived nearby. From their first session, the band members shared a sort of telepathic connection. Hiatus Kaiyote played their first gig at the Bohemian Masquerade Ball among sword swallowers, fire twirlers and gypsy death core bands — a setting that suited their eclectic nature. Nai Palm had actually worked as fire dancer in Melbourne before she focused on music. The musician Taylor McFerrin came across Hiatus Kaiyote on tour in Australia, and soon the word spread like wildfire. "Everyone who has come in contact with it has promoted it," says Nai Palm. "Questlove and Erykah Badu have gone out of their way to promote the band. There's been so much support from the community of musicians locally and internationally. As a musician that's what it's about." Stereogum singled out Hiatus Kaiyote as a "Band to Watch." Gilles Peterson named them the Breakthrough Artist of 2013. Hiatus Kaiyote first released Tawk Tomahawk on their own last year and are now re-issuing the album on the Sony Masterworks' imprint Flying Buddha. Hiatus Kaiyote has a style that can't be easily pinpointed. Stevie Wonder, Otis Redding, Tupac Shakur, Flying Lotus, traditional flamenco and music from Mali and Colombia have influenced the group. "You're eradicating labels of barriers," says Nai Palm. "The words are important, but the way they're shaped makes them malleable for the listener to absorb. How you proceed involves a larger activity and I love that." At the core of their sound is an untethered quality that links them to the wide-open landscape of Australia. "I feel a strong bond to where we're from," says Bender. "Everything happened the way it was, because that's where we were, that's where we're from and that's who we are in the environment." The song 'Nakamarra' is a direct ode to their Australian identity, taking its name from an indigenous skin name and referencing the majestic red earth that Nai Palm roamed as a child. Nai Palm has been known to sing death lullabies to soothe suffering animals, a shamanistic quality that carries over into her lyrics. "Nakamarra sweet red earth will hold you like the strength you bless to me true we engage humility/ watch me struggle with your words however truthful they may be we'll see in time/opening our hearts and nurturing our minds to shine." Q-Tip lends his voice for collaborative verse on the track that is featured exclusively on the re-released album. 'Lace Skull' is a song that explores what it is to be vulnerable. "To have courage to share is a powerful thing," says Nai Palm. "That song lyrically was about the celebration of showing flaws and inner most vulnerability."

Keygen Music - AGES - Half Life 2 - From Summer to Winter

Keygen Music - AGES - Half Life 2 - From Summer to Winter

The Chiperia Project has returned! after much hard work by the team...

Beyond The Ice Palace - Amiga Music

The Power of ISO (cover for Team Crude's keygen music)

This is Team Crude's keygen song for PowerISO v4.x covered by sound...

Soundtrack-Info: This is the reversed (and edited) MEDLEY of the "W...

I prefer rubbish to boulder dash.

Soundtrack-Info: This is the reversed (and unedited) version of the...

Shadow of the Beast (1989) underground theme by David Whittaker. R...

Capital Punishment (1996) main theme by Nikola Tomic. This upload i...

Learn the full lesson of Your lie in April Ending 2 - Orange verba...

After yet another upload-pause of 4 months, i finally decided to fi...

One of the best keygen music. Animation: Voxelstein 3D Enjoy only!!!

The awardwinning Amiga tune Overload recorded from a Commodore Amig...

This is recorded with Eagle Eye Portable DV207 from my Atari STE. M...

Please, feel free to check out them links below and don't hesitate ...

#jamuary2022 day 18: chiptunes and demon gates Fantasy Mansion is a...

Fixing Music I Made 25 Years Ago on my Amiga

This is technically Leaving The Laptop Episode 15 but it's more abo...

Amiga game La regina delle tenebre. With some stills from the game....

This song is just so catchy, and the guitar solo in the middle rock...

Keygen music I found on www.keygenmusic.net Found it worth showi...

This is a request-Pretty Rave Girl (8-bit remix.) I really love thi...

/// SOUNDTRACK-INFO: This is the reversed and unedited version of t...

Edit: Just realized I misspelled "heir", whoops. It's been a whil...

Another Hibirius selection from the Nebula release. Enjoy

Unboxing Bits and Pieces - a history of chiptunes

Unboxing this great book on chiptune music by Kenny McAlpine. This...

UPDATE: You can now support me on Patreon if you like. Get early ac...

Composed in 2020 Picture by Jonne Suikkanen

My favorite track in the NMPB. Original video and midi link: https...

Welcome to the future! You're about to witness the power of SID chi...

Opt in and help heart research.